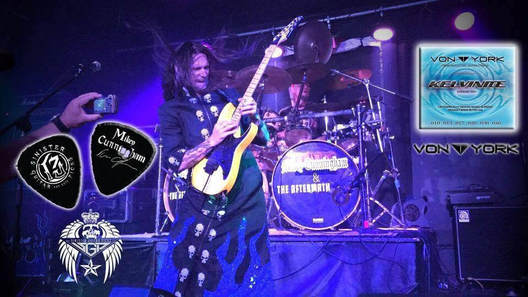 Mikey Cunningham, guitarist and founder of "Mikey Cunningham & The Aftermath", born in Lancaster, Pa. had his first brush with the guitar at the age of eight. when he learned a couple of blues riffs. It wasn't until his teenage years that he would re-locate to Daytona Beach, Florida and pick the guitar up again.

As a teenage thrash guitarist he heard Yngwie Malmsteen's "Rising Force", and that is when he started to see the guitar in an entirely different light. He then went on to focus on the guitar, influenced by artists such as: Joe Satriani, Steve Vai, Jimmy Hendrix, Eddie Van Halen....just about any guitarist coming out of the 70's & 80's for that matter.  (continued below)
Downloads:
(CLICK ON TITLES)
Insomnia

​Better than Ever into Hypnosis
​...live at the Oceanside Pub in Jensen Beach Fla.
​
​Battle of the Bands with
93.5 ​the Bar in Downtown Abacoa Jupiter Fla. 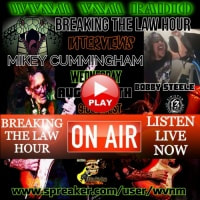 BREAKING THE LAW HOUR
w/Bobby Steele & Mikey Cunningham
(CLICK LOGO)
​He spent his 20's and 30's playing in various cover bands and occasional studio tracking for local bands, but his real passion was to create his own music. Having collected an arsenal of riffs and song ideas over his time playing guitar, he decided to put together his band which is known as "Mikey Cunningham & The Aftermath". Mikel Bullard on drums and Gail Burnsed on bass.

Although the band has gone through many members and changes, Mikey has managed to take the project from a" basement band" with four songs, to now working on a third studio record.

Over the last four years Mikey has played all over Florida in various local shows and festivals shredding songs off his first two records, "Electropsycotic"  and "Massive Head Wound", both of which were recorded at Mikey's home in his private studio in south Florida.  (continued below) 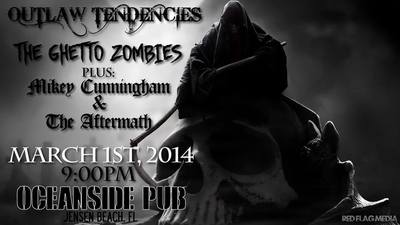 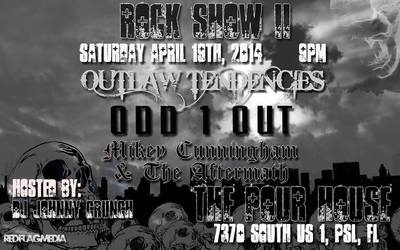 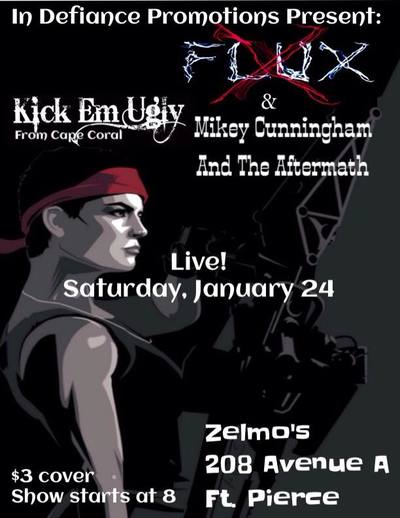 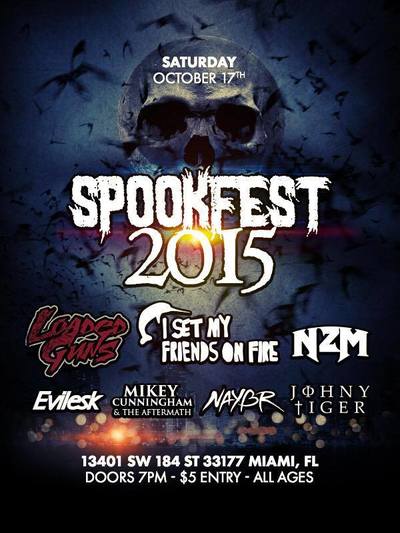 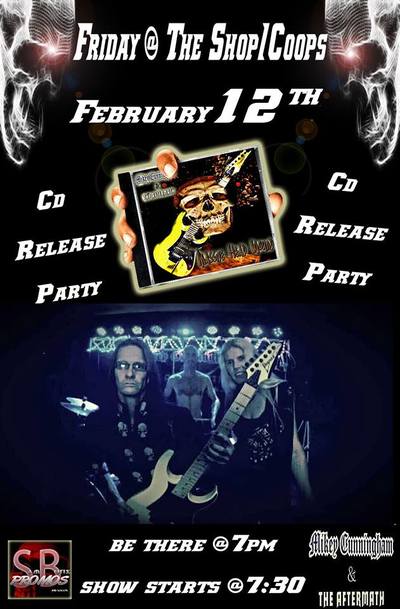 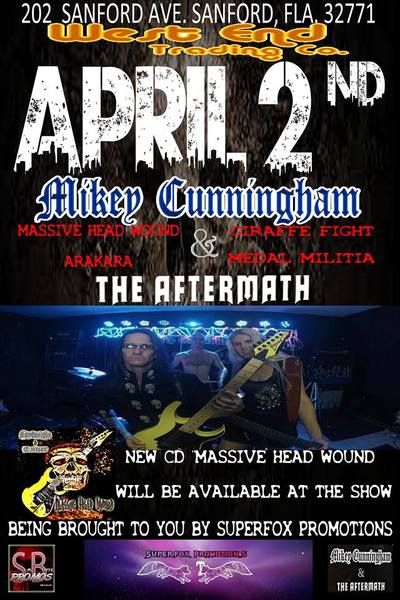 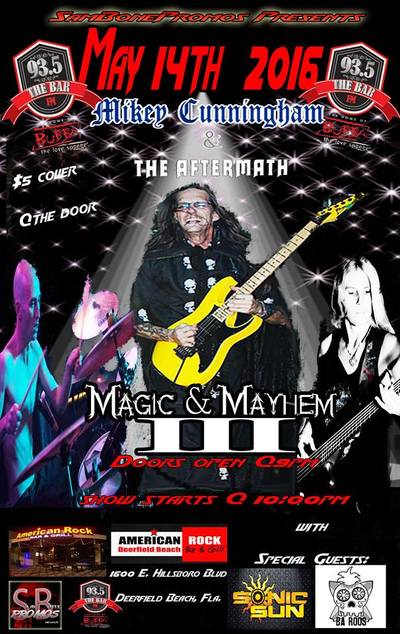 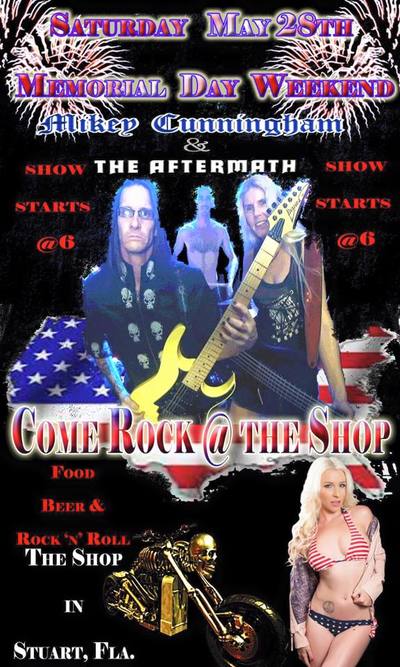 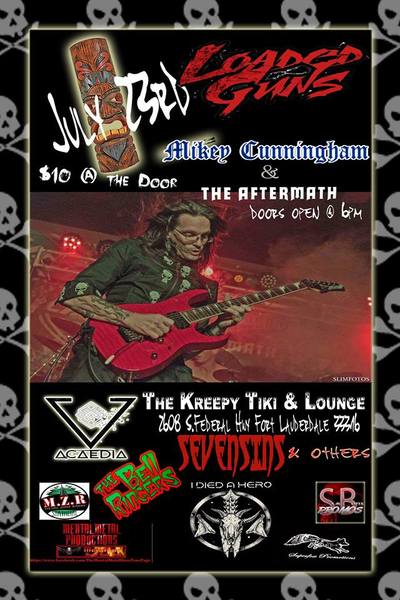 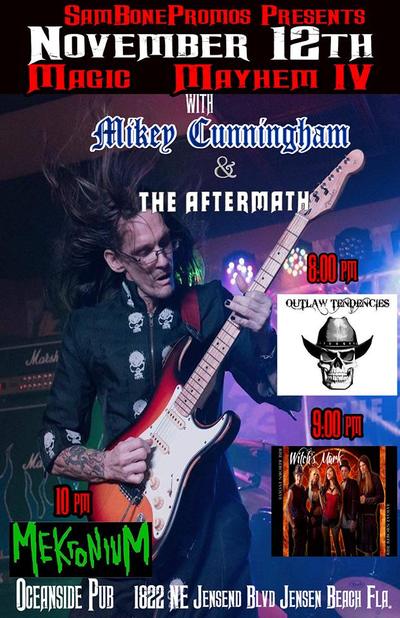 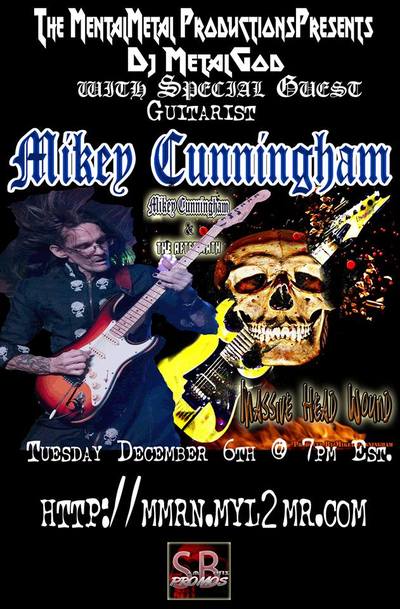 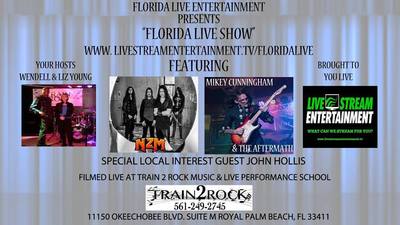 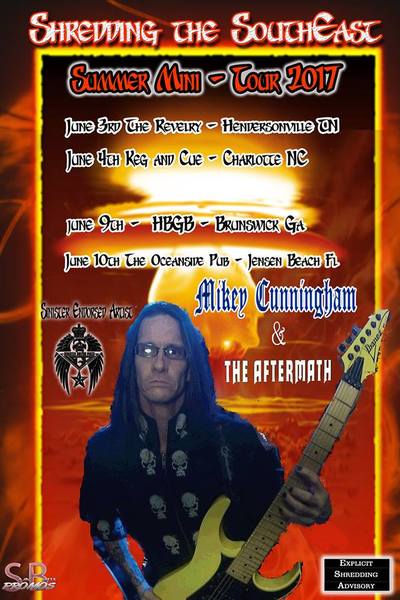 ​
Mikey is currently working on a new record entitled "Brown Paper Bag", which has some of the metal edge shredding he is known for, but he is also inspired by other forms of music such as Jazz etc.which can be heard on a few of his new songs

Footnote:   When Mikey is not shredding his guitar, you can find him on his five acre ranch " Aftermath Ranch Rescue" caring for he and his wife's many rescue animals! 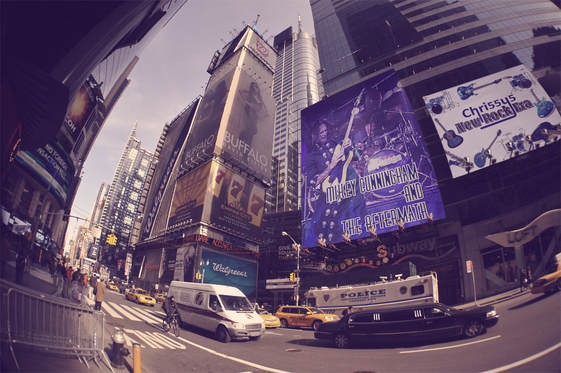 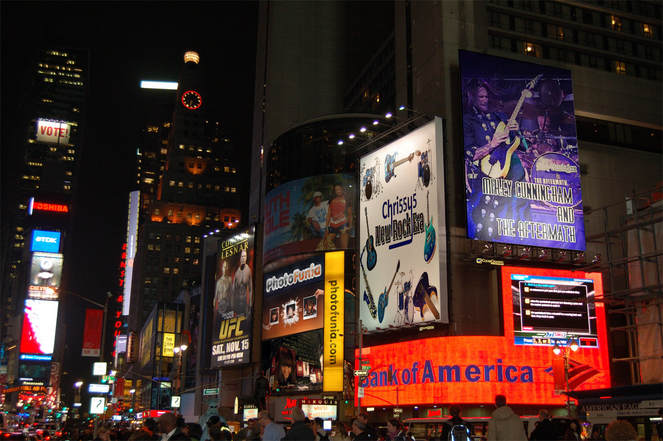